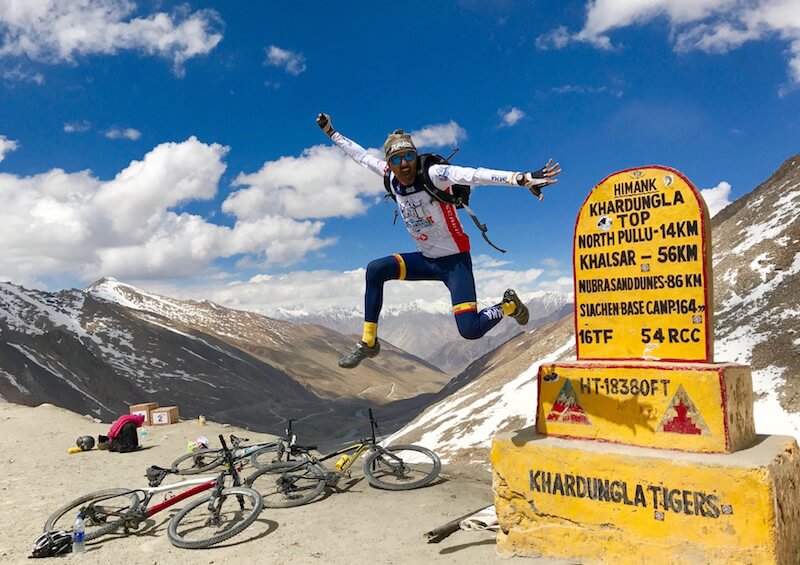 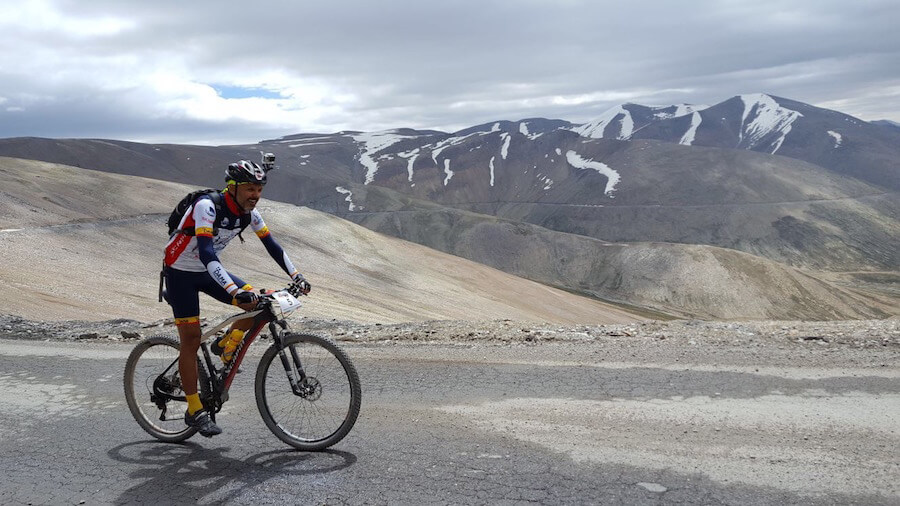 The region of Ladakh, at the north in India, has breath-taking plateaus and the highest paved passes in the world. These are unique landscapes, for some years now the Himalayan Highest Mtb Race, the world’s highest mountain bike stage race in a 600-kilometre course with a drop of 9 thousand meters.

Himalayan Highest Mtb Race is a 600-kilometre course with a difference in height of 9000 metres over 6 stages at an altitude between 3200 m and 5600 m above sea level.

The experience on the highest mountain in the world is disclosed by Mr. Paolo Franceschini, an athlete who in 2017 has not step to the podium. Its fourth position, however, is the story of a dream that becomes true, and was the starting point for the DAI project (Dove Arrivo Io. Puoi anche tu – If I can, you can too) that is leading him in stages around Italy, to enchant a diverse audience from adults to kids. DAI is what the Himalayan challenge has left him: the awareness that if you really want something, there is a way to get it. And it is thanks to one of these stages of the DAI project that we have met him. Although Mr. Paolo is a famous comedian in Italy, able to jump from the stage to the bicycle and, after only 6 months of training, to reach Himalayas. 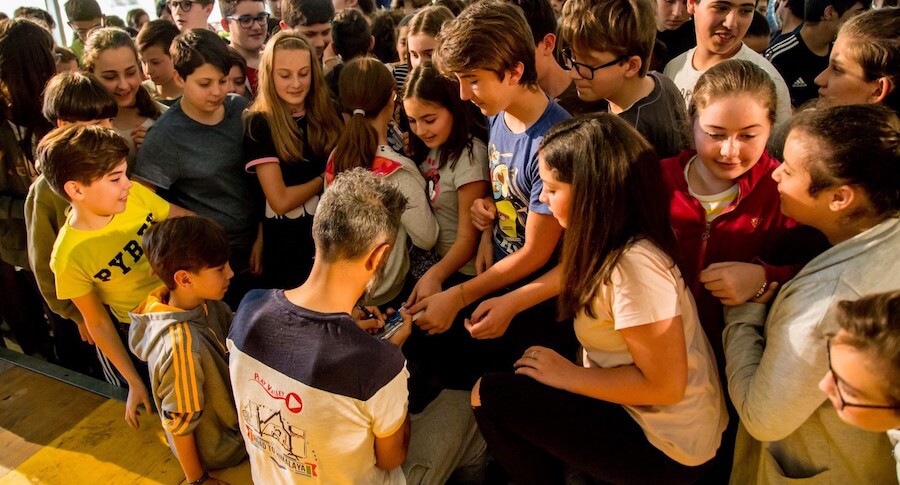 How is it possible to turn a comedian into an athlete?

Wanting is power. All I need is that one person does something, because he/she convinces me that I can do it too. I wanted to succeed in this venture at all costs and I made sure that the world around me worked. I started by making a list of things I needed, and there was a bicycle among the first things. Then I looked for a sponsor and I did not want to give up, insisting on asking people, until I found it.

Why exactly a sport with a bicycle?

I am from Ferrara, which is the City of Bicycles. I grew up with three friends with a passion for mountain biking and in 2013 I bought my first MBT. Pedalling then let me discover a great pleasure, which is to be alone with myself.

For many years I have not slept more than 4 consecutive nights in the same bed. The passion for cycling came at a time when I wanted to escape from this routine and find time for myself.

What is the first sporting memory on a bicycle?

My first real venture was the Camino de Santiago Compostela in 2015, from Saint Jean Pied de Port on the French side of the Pyrenees to Santiago and then to Finisterre. (A route indicated by the official website of about 738 km). The following year I travelled the Italian stretch of the Via Francigena, from Monte San Bernardo to Rome. 15 stages decided by me that, thanks to the project of the Italian Avis, was characterized by many stages of the tour of ” Riso fa buon sangue”, the comic show that promotes the donation of blood through comedy. During the day, I pedalled and in the evening there was the show, and sometimes it was tiring because I had not considered that our beautiful Italy from Tuscany down is full of hills! 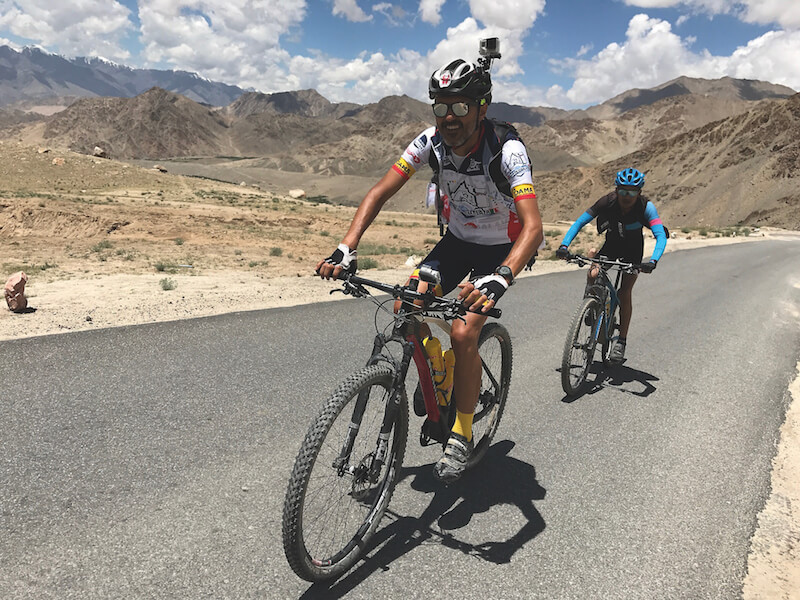 But let’s go back to the Himalayas. What did this venture leave you?

I wanted to try on myself if I could become an athlete. I never thought I could not do it; people can also recover from very serious diseases thanks to willpower. In addition to the motto Willing is Power, I also figured out that I had to make use of the collaboration of other people: a professional trainer, a nutritionist, a medical team, a sports psychologist. I understood that only by working in a team we can achieve unexpected results.

Paolo immediately had the intention to resume his venture, so in the Himalayan peaks he brought a video maker. The result was a docufilm, Dai!, broadcasted by Sky Sport Italia and finally the Road to Himalaya tour where he told 90 minutes of his “tested will”. 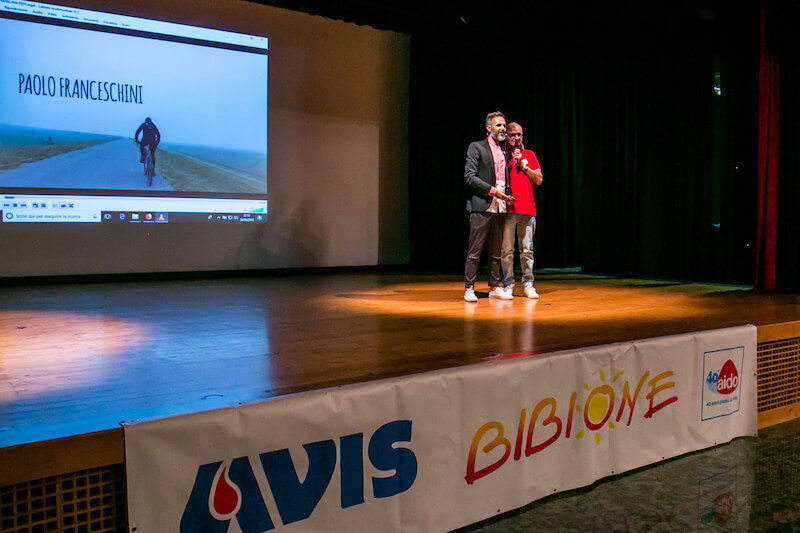